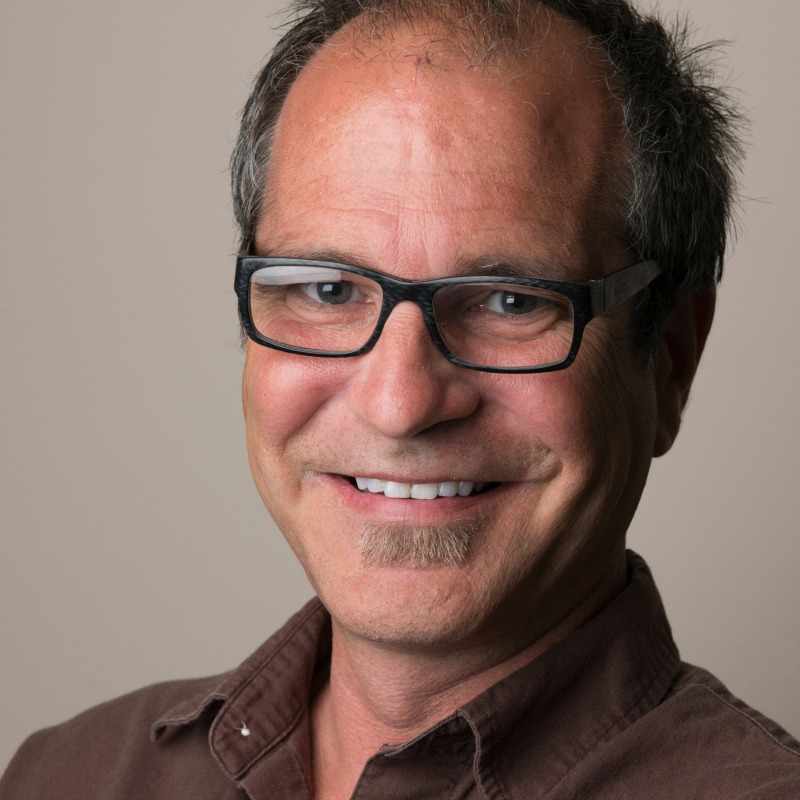 The first in a series spotlighting local theater professionals in our region.

The table Matt Lentz pointed to was covered in posters and an assortment of promotional material. I set my computer on top, pulled up my outline, and turned on the recorder. He excused himself to pour a cup of coffee, but came back swiftly. “None of us bothered to put on a pot,” he said, and settled for what appeared to be a caramel-corn lunch.

AN: How did you get into theater business?

ML: I started out as an usher. I went to school here, at a Toledo public high school and one of the vice principals organized students to usher. This was in the 70s, at the Masonic Auditorium, now the Stranahan Theater. I fell in love with the theater, became excited by it and went to work for a local promoter in Toledo at the time, Ken Shaw of Ken Shaw Productions.

Ken brought a lot of good theater to the area. He was the premier promoter at the time and an independent promoter, which is rare. These days, it’s mainly big corporations with more ready cash. He also opened the Westgate Dinner Theater. I stayed with him all through school and discovered, after thinking that I wanted to become an actor, that I didn't have the self-confidence, the tenacity, the nerve, the drive to do it. I decided to go into the business end.

AN: I thought for sure you were an actor or a singer!

ML: I didn't even act in high school. I went out for a role in The Sound of Music senior year. I was a stupid, cocky kid. When I didn't get the role, I didn't participate at all. From there, I went on to do a few things at the Westgate Dinner Theater when they first opened;  understudied and then went on a few times. But, I had such terrible stage fright that I just couldn't get over it. And, I never did! If I'm in a booth and no one is looking at me—sure, no problem.

AN: Were you raised in the theater, so to speak?

ML: My parents were loving, blue-collar parents. I don't think they thought I would ever really do anything with theater. They wanted me to get through school. And, I married at an early age, had my first child after my freshman year of college. So, that changes your perspective and that changes your trajectory. For some people! (laughs) I have two kids -my son Jordan and my daughter, Kate. We went to shows all the time. They have a great appreciation- but, they enjoy it as patrons.

AN: Then what happened?

ML: So, I was assisting Ken with the box office and marketing and ended up staying with him for nearly 20 years. We presented theater—Broadway musicals and plays; concerts. We were all over the United States, presenting shows primarily in the Midwest but also in the East Coast and a little bit of Florida. We ended up, at one point, in about nine different markets. It was a lot of travel at a time when my children were little, which was difficult. We went out of business a couple times and I was thrown into unemployment and finding new jobs. And, for about twenty years and through raising my family, I decided 'enough is enough' and went to work in marketing for  The Blade.

Ken did  finally go out of business altogether. I never forgot that feeling, that nervousness, that, oh-my-god-stress of 'Are we gonna do it? Are we gonna pull it off? Are we not going to pull it off? What are we going to do?'

I was disappointed when I left the business almost 25 or 26 years ago. But, I was so happy to be able to come back to it. Something I know. Something I do love. And it fits my supposed “qualifications.” (laughs)

The Historic Valentine Theatre was saved by a committee of concerned citizens, philanthropists, and professors. Originally constructed as an opera house, it held traditional performances congruent with modern entertainment. Before it transitioned into a movie house, it was on the Vaudeville circuit, running from the East Coast to Chicago. And when Vaudeville was on its way out, silent films and talkies replaced live theater on a screen that spanned the length of the stage.

I had my very first date here with my ex-wife, and that was in ‘72. And then it closed for about twenty-plus years. It took many years for the theater to reopen—for the approval, concerned citizens and philanthropists, to save it. It was the one theater that was left downtown. All the others went to the wrecking ball. And there were some that were more beautiful than this one. But, people love the Valentine.

Other than the history that it holds, it gives a one-center where all of the arts groups can come together. Some have several homes and the Valentine is one of them; Some have one home and its the Valentine. We strive to be a staff that is as accommodating and affordable as we can be, being a union house. Maintaining a building that's 120 years old… that's a whole other ball game!

If we were purely a rental theater, that would be great. We'd exist for other people to stress whether their shows are going to sell. But, we can't exist on that alone. So, we have a presenting season. There's a lot of stress- you know, you live/die by the ups and downs at the box office from one season to the next.

The people in the Midwest love and appreciate the arts just as much as people on the East Coast, West Coast- wherever. Theater is something topical that people have heard about- they want to be a part of it. Of course, that's the draw. People love music, love the plays, the concerts, they love musical theater- they love anything I'm forgetting…Ballet, Opera, whatever it is. If it's something that fits that niche for them, it ideally can be found here because we do try to do it all. We can't do it all but we have a diverse offering of different art forms.

AN: What else is new at the Valentine?

ML: Schools have lost funding, they have different . . . goals now. So, we've taken over and produce a School Days series. Having this program is a way to get children back to the theater- to experience theater at a young age, whether it's a re-creation of children's literature or some fun-selling musical.

Lentz travels to New York a few times a year.

ML: I'm a terrible critic, because I love most everything I see. I am! I'm a very bad critic. I always find good things in everything I see or hear. But, I'm a fan of some of the newer stuff. Last time I was in New York, I saw Honeymoon in Las Vegas. It's having a really tough time finding an audience but, it's one of the most fun shows/musicals I've seen in ages! I love Kinky Boots, Next to Normal and 42nd Street, Les Mis', Phantom… I loved Spring Awakening.

AN: Any theories on why actors stick around here?

ML: There's a lot of starving actors out there. I think being here is probably a little more comfortable for some people. It affords them to be in their homes, in their communities, in their cities other than New York, Chicago, or San Francisco and really practice their appreciation and love for the arts as a hobby as opposed to making a career of it…I knew someone who lived at the Y in New York for awhile. I don't know if you can still do that, but you used to be able to.

AN: Is this your dream role?

ML: Actually, it is. I am lucky. We are approaching our 17th season and our 120th birthday in December. I mean, it is a true love/hate thing. When something's not selling or doing well, or you screw something up- like we all do, not just our jobs- but in our lives I think ‘What am I doing?!’

We strive to bring in shows that the community is going to enjoy, that are high quality, that are going to sell. Sometimes you win, sometimes you lose. But, that's Show Business! I mean, it sounds trite and it sounds silly and cornball but, it's the reality of it. So, you keep on hitting your head and you go back at it again; keep on doing it, and it turns into a career (laughs).