Nominations open for YWCA Milestones Awards
Women who stand against prejudice and work to level the playing field for all genders can now be nominated for one of the most prestigious honors in the Toledo community, the YWCA Northwest Ohio’s Milestones: A Tribute to Women Award. First presented in 1995, the prize has honored more than 150 CEOs, artists, educators, politicians and more as critical and inspiring individuals in the area. If you know a woman in Toledo whose values and work support the YWCA’s mission of eliminating racism and empowering women, head to ywcanwo.org to submit their names for consideration. Nominations will be open until November 15. 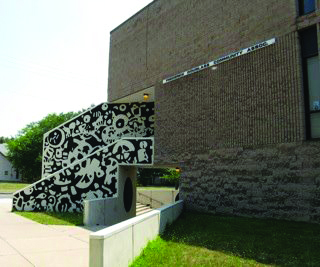 City OKs $2.5 mil for FDCA upgrades
Since 1979, the Frederick Douglass Community Association has called the building at 1001 Indiana Avenue its home. After four decades the building could use a few repairs and Toledo City Council has approved the expenditure of $2.5 million to fix the roof, windows and heating systems. The Association, founded in 1919, has a goal of creating social and recreational opportunities for African-American youth in the Toledo community. For more information, visit fdcatoledo.org.

New director at Stranahan
The Stranahan Theater and Great Hall has announced that Dennis S. Sankovich has been appointed Interim Executive Director of the facility to replace the departed Stephen Hyman. Sankovich comes to the position with more than 40 years of experience working as a manager of arts venues. He most recently worked as Executive Director of the Riley Education and Performing Arts Center in Mississippi before retiring to move back to northwest Ohio. Sankovich’s tenure as Stranahan’s Executive Director is scheduled to last six months while the Theater’s board conducts a nationwide search for a full-time replacement.

Chief Kral advocates for repurposed military vehicle
During a meeting of Toledo City Council in October, Toledo Police Chief George Kral proposed the repurposing of a military tactical vehicle into a rescue transport to aid during police  standoffs or mass shootings. The MRAP (Mine-Resistant Ambush Protected) are light tactical vehicles used during the war in Iraq and in Afghanistan before the program was ended in 2012. Kral stated that the vehicle in question would only be used during high-risk attacks and would be staffed with doctors and nurses as part of a partnership with Mercy Health. Critics at the Council meeting noted how the use of a military vehicle may negatively impact the public’s view of city police.

See our 2017 article on the TPD’s use of military vehicles at: toledocitypaper.com/feature/are-toledo-police-over-militarized/