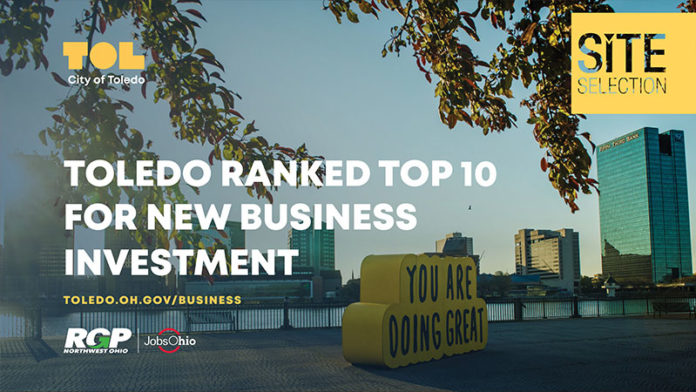 Site selects Toledo for business growth
The continuing growth of investment in Toledo businesses has been recognized by Site Selection Magazine. The periodical announced that Toledo once again ranks among the top ten cities for new business investment among metropolitan areas with a population between 200,000 and one million. The Glass City has been ranked in the top ten of Site Selection’s list for the past six years. “Today’s news reinforces the fact that Toledo’s momentum is real, and it shows no sign of stopping,” Mayor Wade Kapszukiewicz said in a statement.

Adding circles to Schneider
Hey, you like traffic roundabouts? Well, you’re getting more of them! The City has announced that three new roundabouts will be installed along Schneider Road, at Royal Haven, Birchwood and Briarheath. The additions are meant to help curb speeding along the road and to cut down on the number of accidents. The first roundabout in northwest Ohio was introduced at the intersection of King Road and Nebraska Avenue in Springfield Township in 2009, with roughly 30 more installed in Lucas and Wood counties over the past 13 years. For more information, read our story “The Rise of Roundabouts” on toledocitypaper.com. 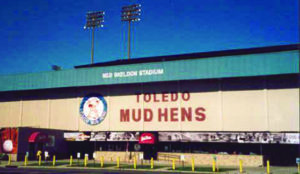 Goodbye to the Ned
Old-school Toledo baseball fans will be tipping their caps in tribute as Ned Skeldon Stadium, which served as the home for the Mud Hens for nearly 40 years, will be demolished by the end of the year. The Lucas County Commissioners voted unanimously to tear down the structure, which has been unused since the Mud Hens relocated to Fifth Third Field in 2002. Originally the site of a racetrack, the stadium was converted into a ballpark in 1965 which the Mud Hens called their home for over 35 years.