Jake & the Venom in the Snake Pit 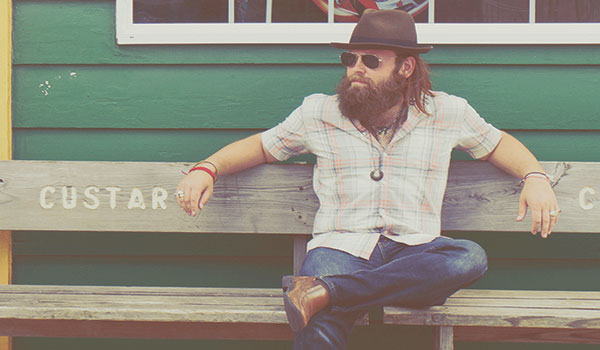 “No matter what you do. No matter where you go. No place can take the place of home,” Pilewski sings, ending the chorus of “Glass City Train.”

Toledo is important to Jake Pilewski. “Where The River Flows” features our beloved, muddy Maumee River as the flowing focal center for the amalgamation of barbershop and Americana.
He’s not only a songwriter singing about the Glass City but also a resident with a podcast: The Snake Pit, with the tagline— “All things homegrown.” On the show, Pilewski hosts an eclectic mix of artistic guests from the 419 to talk about their craft and answer The First Five: first record, first live concert, dream collaboration, craft-related humbling experience and pet peeve.

The show is in its second season, with 32 episodes available for streaming pleasure. While he mostly hosts guests who are musicians, expect to hear from Toledo’s creatives from all walks of life.

If you’ve been around Toledo in the past few years, you’ve probably heard Jake Pilewski’s music. He’s been playing around town for at least a decade with his unique mix of originals and covers as a solo artist or in various local bands.

“It’s been a long time coming,” Pilewski said of Between Then & When, his first recording under the moniker Jake & the Venom. The album, released in September, is available on all major platforms.

Between Then & When’s 10 songs are diverse, separated by style and time.

“Every song is almost in a different genre,” Pilewski said, adding that the songs were written over a number of years. “It was a process where I wrote about two songs a year. In total, I wrote about thirty songs for this album.”

It takes a lot of talent to be that limber musically, to keep the span of years separating the writing of the songs from becoming a distraction.

“I wrote the first two-thirds of ‘The Problem Wasn’t Me’ when I was 19,” Pilewski said of the album’s closing song. “The ending instrumental piece I wrote when I was 22. I’ll be 33 in December.”

Despite the gulf of time, the record is both catchy and mature. No juvenile squandering of unrequited love or overindulgent lyrics of purple prose here, folks. The album twists and turns: from prophetic meditations to Motown; ’70s-inspired radio gold to polished barbershop harmonies and doo-wop, and all in under 45 minutes. For all the sonic diversity, the record is fluid and cohesive.

“When The Sky Falls Down,” the record’s opening track, is a melodic discourse on information dissemination. The songwriter explains the song was about what we’re told by the media and social networking and the effect on our relationship with the world.

Sound too political for you? Don’t worry. Being the professional, Pilewski dresses the medicine up with the sweetest coating. Between Then & When is sonically captivating, an audible smorgasbord with something for everyone. The album has beautiful vocal harmonies, including several tracks of self-harmonizing, as well as wonderful instrumentation, including features from prominent local talent such as Jeff Stewart, Joe Woods, Petr Kharchenko, and John “Trumpet Johnny” Grafing.

Preaching love and understanding while leaving room for the in-between, “Nobody Lives Forever” tells us “love has got some answers” but “happiness is measured by the choices we make.” “Follow Me Down” touches on the epidemic of heroin use; a danceable portrait of the user’s struggle with addiction. “Never Get Away” is the haunted artist looking bleary-eyed in the mirror and ruminating on what he sees. “Moth of Hucker” is the snake eating its tail; a food-chain of melody punctuated with a reverb-soaked whistling that’ll echo around your head for days.

The genres may be multitudinous but the sound of the record is unified. Pilewski’s distinctive songwriting, a polished mixture of raw emotion and pop sensibility, and his vocal delivery, smooth yet dynamic, are the ties that bind the package together.

For more information about Jake Pilewski, including links to the Snake Pit Podcast and Between Then & When, visit jakepilewski.com.