Terry W. Ervin II has quietly become one of NW Ohio’s most prolific authors. The scribe, who works most prominently in sci-fi and fantasy, grew up fascinated by the concept of worldbuilding, taking part in tabletop-gaming guilds. After studying biology and English at BGSU, he became a teacher— first at Macomber-Whitney High School and, once it closed, he headed south to Piqua, OH to teach English at the Upper Valley Career Center.

Ervin’s been down in Piqua since 1990, but he frequently makes his way back to Toledo, stopping in at Gathering Volumes (196 E. South Boundary St., Perrysburg), where we got to chat. He was there signing his six novels and short story collection, Genre Shotgun, but the emphasis was on his latest novel, Thunder Wells. It’s an alien apocalyptic sci-fi tale set right here in Toledo with Jack Fairbanks, a former college sophomore, living in Wildwood Metropark while hiding from destructive aliens and cannibals and searching for a means to save mankind. Is he so sure this is fiction?

As an author who teaches, if you sold millions of novels, would you still be a teacher?
I think so. I really enjoy my job. I guess if I was a millionaire, maybe I’d retire a little bit early, but my wife says I get grumpy when I’m not doing something.

How much does being a teacher influence your writing?
Some of the short stories I wrote I thought, my students would be interested in. But being an author actually improves my ability to be an English teacher. In teaching reading and interpreting novels and writing, I have actual experience. Being an English teacher who writes books is kind of like being a car mechanic, but also being an engineer as well.

Do you believe in aliens?
I’m not so sure they’re landing here, but when you consider the great expanse of the universe, I think the odds are pretty good. I guess it depends on what you mean by “aliens.” You could find anything from bacterial plant life all the way up to super-intelligence. The other thing to consider is we’ve been sending out radio signals for such a small sliver of time, we could come and go before an alien species that’s traveling towards us, gets here.

How many real places in Toledo did you incorporate into Thunder Wells?
There’s a couple. There’s a library that comes into play and as they travel through the town, you can say, “Well, they’re on Central Avenue, I know where this is.”

You can read more about Terry’s books or find out where they’re available on ervin-author.com. 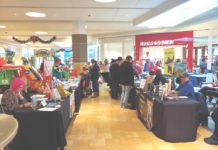 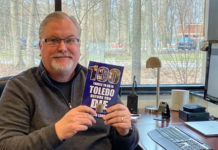 100 Things to Do in Toledo Before You Die 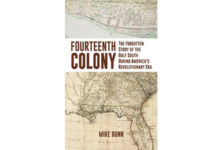