Local filmmakers create a body slam of a film

Like many of his generation, Wes Allen grew up with a viewing proclivities which included WWE’s “Superstars of Wrestling” along with horror films on VHS. Now he and his friends have taken those childhood inspirations and channeled them into “Powerbomb,” produced by local film company Sickening Pictures.

Powerbomb, starring real-life professional wrestler Matt Cross, tells the story of an up-and-comer who announces he’s going to take some time away from sports entertainment to spend time with his family. Cross’ number one fan decides to ensure his favorite wrestler continues his ascent to wrestling superstardom … by any means necessary.

Love for the fringe

The film, which premiers on March 1 at the Maumee Indoor Theater, is the completion of a labor of love by Allen and his fellow Sickening Pictures producers Zach Shildwachter and B.J. Colangelo, who co-directed the film.

Allen, a driver with Bolt Express by day, was drawn to filmmaking after years as a film buff. “I enjoy the fringes of film. What came to life in the ’70s and early ’80s is an unmistakable model for what makes movies so great,” said Allen. “When you think of names that became iconic like John Cassavetes or Dennis Hopper, they made their distinct mark on movies in this era of maverick artists, people who all tested the boundaries of acceptability. I am still continually inspired by all these lunatics.” 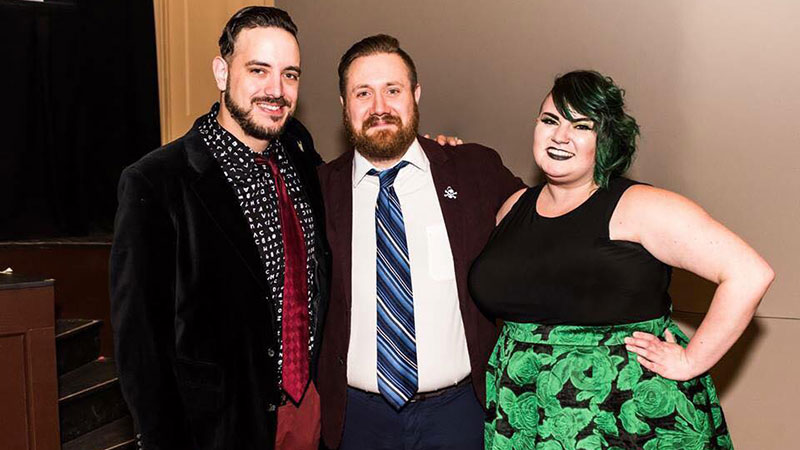 Allen grew up in Bradner, Ohio, in Wood County, and majored in English at the University of Findlay, and played with several regional bands. Sickening Pictures grew out of his experiences and friendship with Shildwachter and Colangelo. All of them wrote for various horror blogs, which led to the trio making their own films quite naturally.

Allen explains, “(Zach and B.J.) are family to me. They’re like my siblings. I’m inspired by them and the work we’ve all done together. As directors, they trust me to tackle characters that they’ve written with very specific visions in mind. To know that they trust me to bring those to life is very humbling.”

Powerbomb marks the first feature-length production from Sickening Pictures after several short films. According to Allen, more pictures are on the way, adding “we’re always working and stewing something up.”