The Toledo International Film Festival (TIFF) will bring films, cuisine and performances, all with an international flavor, to the Ohio Theatre this month, with a nod to Toledo’s own richly diverse cultural heritage. The festival will feature seven films, kicking off with an English-language German film featuring Craig Robinson—Morris from America (2016)—and ending with Solitaire (2016), a Lebanese dramedy.

Sarah Allan, co-lead of Welcome Toledo Lucas County, an organization which is co-presenting the TIFF along with 15 community sponsors, feels the committee has succeeded in making the film selections, for the 4th annual TIFF, diverse on multiple levels.

“We wanted to keep some geographic diversity,” she said, adding that the committee tries to choose films from various countries and diverse genres. “We don’t want to end up with all of (the films) being of one type. We’re trying to give more depth to the different cultures featured, and it’s not just documentaries or something dramatic.” 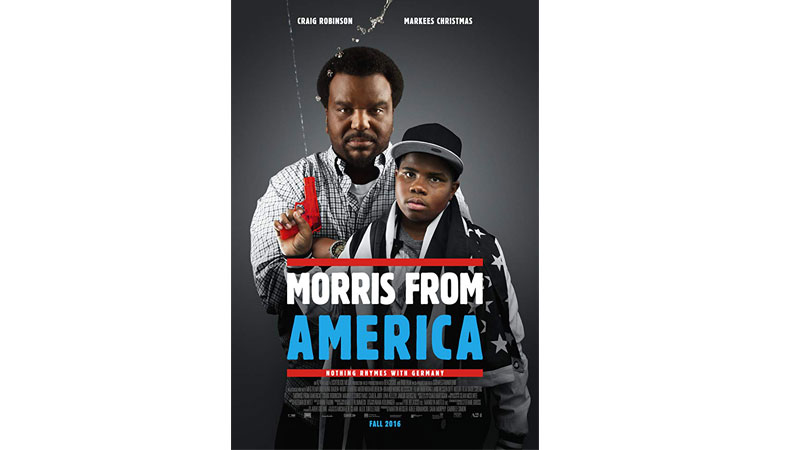 The order in which the films will be shown is deliberate. Morris from America will be shown first because of its accessibility, providing a bridge for those who might be intimidated by foreign films. Relating the story of a boy who moves to Germany with his father, played by Craig Robinson, and how they both struggle to navigate a new culture, Morris, the boy, turns to his beloved hip-hop music to cope with these issues.

TIFF selections will be paired with food to coincide with the cultures or themes presented in the films. In that vein, a hip-hop group will be performing surrounding the showing of Morris from America.

“We focus on partnering with immigrant-owned or ethnic restaurants,” Allan said. “We do try to pair, if possible, world foods from the areas of the world where the films originate.” Sunday includes films from Israel, Kosovo, and Lebanon, which will be accompanied by Mediterranean cuisine.

The TIFF committee also has invited other vendors and artists to the Ohio Theatre, including a Nigerian dance performance with a short dance lesson, as well as poetry readings. Programming surrounding the films is still being added and will be updated on the website as the details are confirmed.

“The focus is on lifting up and promoting our immigrant and culturally diverse restaurants and entrepreneurs,” Allan said. The weekend will be filled with food and entertainment from all over the world. “We are trying to not just represent Toledo’s immigrant and refugee groups, but we also want to recognize the many other groups that may not necessarily have large numbers here, whose films and cultures we’d love to see be a part of the TIFF.” 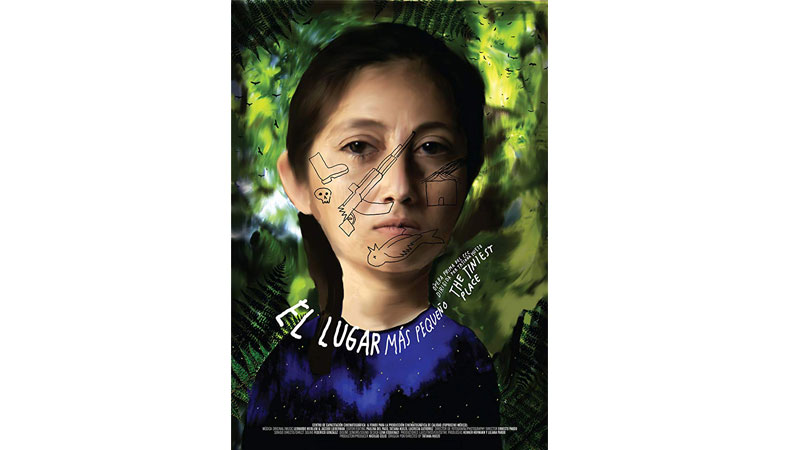 The TIFF has made a real effort to show the breadth of what a film festival can include. Saturday will begin with an El Salvador documentary, The Tiniest Place (2011), followed by a discussion of the film. The story follows the experience of Salvadorians who are trying to rebuild their lives after the country’s violent civil war.

From the more somber Salvadorian documentary, Saturday’s films become less kid friendly as the day unfolds. Félicité is a Senegalese drama that centers around the titular character’s struggle to take care of her son after he is badly injured in a motorcycle accident. This gritty drama is not suitable for kids, nor is the evening animated Chinese feature Have a Nice Day, about which an IndieWire reviewer wrote, “(it is as) if Tarantino remade Pulp Fiction as an animated movie.”

“The Tiniest Place is a little more serious (than Morris from America). (That will lead into) more drama in the afternoon with the film Félicité,” Allan said. “Then Have a Nice Day, (which is more) violent and therefore a nighttime film.”

Sunday begins with two short films—Facing the Wall (2016, Israel) and Her (2018, Kosovo)— which share similar themes. The first is about a young girl who finds herself in an Israeli absorption center and can’t bring herself to face reality, and the second is about a woman who finds the courage to escape an arranged marriage for a life with greater freedom.

The final selection on Sunday is the Lebanese film Solitaire (2016), a romantic drama with lots of comedic relief concerning what could be a very contentious issue — the impending marriage of a Lebanese woman to a Syrian man, and their families’ reactions to their relationship. Despite addressing the complexities of Syrian and Lebanese relationships, the film will still manage to make you laugh.

TIFF is a community-driven festival that relies on a collective of partners. Allan said that the reciprocal relationship between Toledo’s immigrant service providers, who participate in the festival— promoting their services while promoting TIFF— is a mainstay of the event.

“We think it’s important to celebrate our cultural diversity and to help increase international understanding,” she said. “That may be more important than ever, to celebrate our history of immigration in Toledo. We also think it’s important to highlight international and artistic films as well as other parts of culture (like dance and food). It is powerful. It’s a great way to connect our differing experiences to find commonalities.”

The Toledo International Film Festival (TIFF) begins at 6pm on Friday, November 16 and continues through Sunday, November 18 at the Ohio Theatre and Event Center
(3114 Lagrange St.). For one film block, including food and
programming: $15, general, $10, students.
$75, all-access “passport” for all three days
To view the full schedule or to buy tickets, visit ohiotheatretoledo.org/tiff.