Toledo native Eric Kripke tries to visit the Glass City regularly. Though his family is still here, returning home can be a tall order for one of the most in-demand talents in Hollywood— creator of the long-running CW thriller Supernatural, writer and producer of the recent family spookfest, The House with a Clock in Its Walls. Kripke will stop, during his next return to Toledo, at the Toledo Museum of Art.

“A Conversation with Eric Kripke” will be held on Saturday, March 16 at 1 pm. In the museum’s Peristyle Theater, it will be hosted by Haley Taylor of WGTE, featuring Kripke’s reflections on the role his hometown played in his creative development, along with a discussion of clips from his most famous works (as well as a preview of his upcoming series, The Boys, for Amazon Studios).

“My uncle, Harley Kripke, works with the museum a lot and is on their board,” Kripke said. “And I was coming home this weekend, anyway, because I’m doing an event at Sylvania Schools. And so he asked the museum if they’d be interested in bringing me in, and I’m very grateful that they said yes.”

Kripke’s earliest days as a filmmaker came while growing up in Toledo. The graduate of Sylvania Southview High School spent much of his childhood making VHS movies with his friends. A very low-budget monster movie here, a western shot on location at Camp Miakonda there.

“They were just goofy little movies (shot) on a camcorder— we didn’t have any of the technology that kids have today. All of the editing had to be done with the camera, where you hit stop, and then hit start again for your next shot. We certainly couldn’t put any graphics or visual effects in those little movies,” Kripke said.

“I really think my friends were just tolerant of me, that’s how I look back on it,” he said with a laugh. “Like, they were really good friends to put up with me, as I was directing them and making them put on cowboy hats.”

Kripke’s early Hollywood career saw some successes (writing the screenplay for the 2005 film Boogeyman) and some failures (a 2003 Tarzan series which was swiftly cancelled). But it was of course his creation of Supernatural— the CW series about demon-hunting brothers Sam and Dean Winchester— that put Kripke on the map to stay. The show has run for 14 seasons and recently celebrated the taping of its 300th episode.

“It’s completely surreal, and very humbling that fans have stuck with the show for that long. I think they deserve all the credit,” Kripke said. “I mean, show me a writer and I’ll show you someone who’s insecure and hates their work. It’s not like I have any feelings like, ‘Didn’t I make something awesome?’ My feelings are like, ‘Boy, was I lucky,’ and ‘Boy, thank God for the fans.’

“At the time, obviously, you never have any idea that it’s gonna turn into anything like that. You just try to make the best thing you can and hope for the best, and fight for it as hard as you can.” 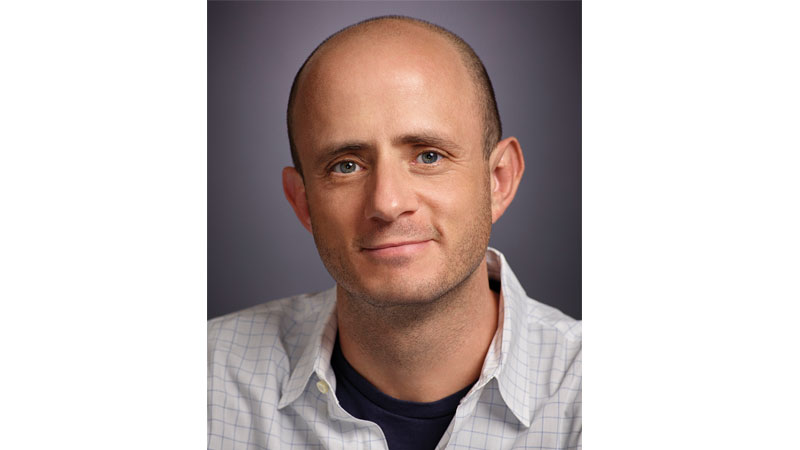 Eric Kripke created the CW series “Supernatural,” which debuted in 2005 and recently celebrated the taping of its 300th episode.

The success of Supernatural has opened numerous doors for Kripke in the years following its debut, including the chance to write and produce a big screen version of his favorite childhood book, The House with a Clock in Its Walls, starring Jack Black. Kripke credits the 1973 novel with having a huge impact on him.

“I found it in the Sylvania-Whiteford Elementary library. And I can still remember finding it, and devouring it, and devouring everything else the author, John Bellairs, wrote. He was from Marshall, Michigan, which is not that far from us in Toledo, and set a lot of his stories in a fictionalized version of Marshall. So, they were these midwestern supernatural thrillers, which really spoke to me.”

But above all, Kripke hopes that attendees to his Museum presentation will come away with a better understanding and appreciation of how much his hometown shaped his creative path.

“It’s such a core part of what I do. And they can see in the TV shows and movies I make, how much Toledo is really in all that stuff, in terms of the tone, in terms of the characters. I’m always returning to versions of people I grew up with, and what it felt like, and what I think it’s like growing up there. “A lot of my work has a sort of emphasis on family and friends and loyalty. I learned all those things in Toledo.”

“A Conversation with Eric Kripke” will take place at 1pm on Saturday, March 16 at the Peristyle in the Toledo Museum of Art. Admission is free. For more information, visit toledomuseum.org.