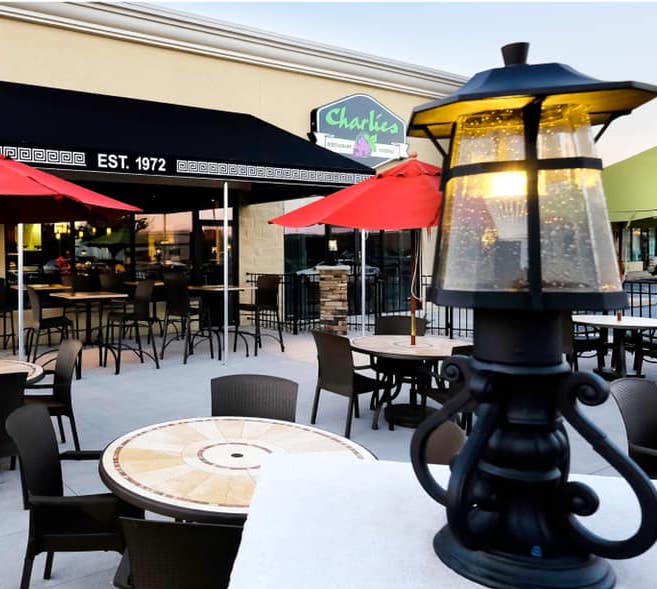 It was a busy lunch rush at Charlie’s Taverna in Maumee, and owner George Kryikou was still walking from table to table, helping seat customers, engaging with patrons and asking how they were enjoying their meal.

George has help in greeting the diners and guests. George’s father Charlie, the namesake for the restaurants, is still engaging with patrons at the spry age of 88. “He comes in, does his thing, greets people, talks to people, which is the part he enjoys the most,” George explained.

This is all part of George’s daily routine— not just visiting guests as they dined, but also visiting all three Toledo area restaurant locations.

“I’ll end up in Swanton or on Central Avenue, I’ll be at {different locations} for dinner or lunch, whatever it takes,” George said with a smile. 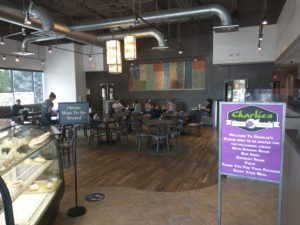 Charlie has earned a position as one of the trademark names on the Toledo dining scene, and George proudly carries on the family tradition— one that began fifty years ago, shortly after Charlie arrived in America from his native Greece.

“He immigrated to this country in the mid-60’s,” George said. “He worked for his uncle (at) Lafayette Coney Island in downtown Detroit. He got his start there and then his uncle helped him get his first restaurant opened at the Southwyck Mall.”

The original restaurant was Southwyck’s Coney Island, which opened in 1972.  The place began by offering traditional Coney Island fare— Coney dogs, burgers, fries. But eventually, Charlie introduced menu items inspired by the cuisine he grew up with. “Over time we just evolved and made our own dishes — our own coleslaw, our own hamburgers with beef that is ground fresh daily and other items,” George said.

Eventually, the renamed Charlie’s restaurants grew to include ten locations around the Toledo area. Times change, as did the number of restaurants, which now total three, but Charlie’s remains a classic favorite for diners throughout northwest Ohio.

“People enjoy the food that we serve. Folks still come in for a hamburger, or a hot dog and fries but now we’re known for our gyros and greek salads as well. The good food and pleasant atmosphere that Dad established over the years is a big draw too,” George said. 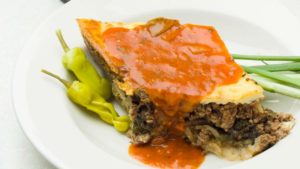 The atmosphere at the Maumee restaurant was warm and friendly on a busy afternoon when we visited. We were seated quickly and presented with an expansive menu— Charlie’s truly has something for every taste.

We ordered some of Charlie’s trademark dishes. The Gyro Sandwich ($7.59, $9.59 as a platter with rice, fries or salad) is quintessential Charlie’s food — perfectly seasoned beef and lamb topped with chopped tomato and onions. The restaurant’s homemade tzatziki sauce (a yogurt base with cucumbers, garlic and olive oil mixed through) is served on the side, allowing a delicious contrast.

Another favorite, the Charlie Mac ($6.99) is spaghetti topped with chili and shredded cheese. It’s delicious old-school comfort food, in a surprisingly large portion for the price. 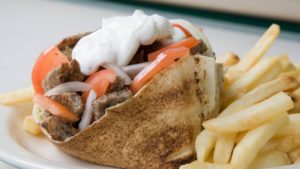 In honor of Charlie’s 50 year legacy in Toledo, we felt it was necessary to sample a couple of  the Mediterranean dishes from the menu as well. The Mousaka ($10.79) is baked dish layers of eggplant, potato, tomato and ground beef. Pastitsio (also $10.79, described as “Greek Lasagna”) is a rectangular portion, served from a pan, of layered pasta, ground beef and a bechamel sauce. Both come ladled with Charlie’s delicious red sauce, and both travel well, as the fortunate recipients of these carry out orders at our office can attest. 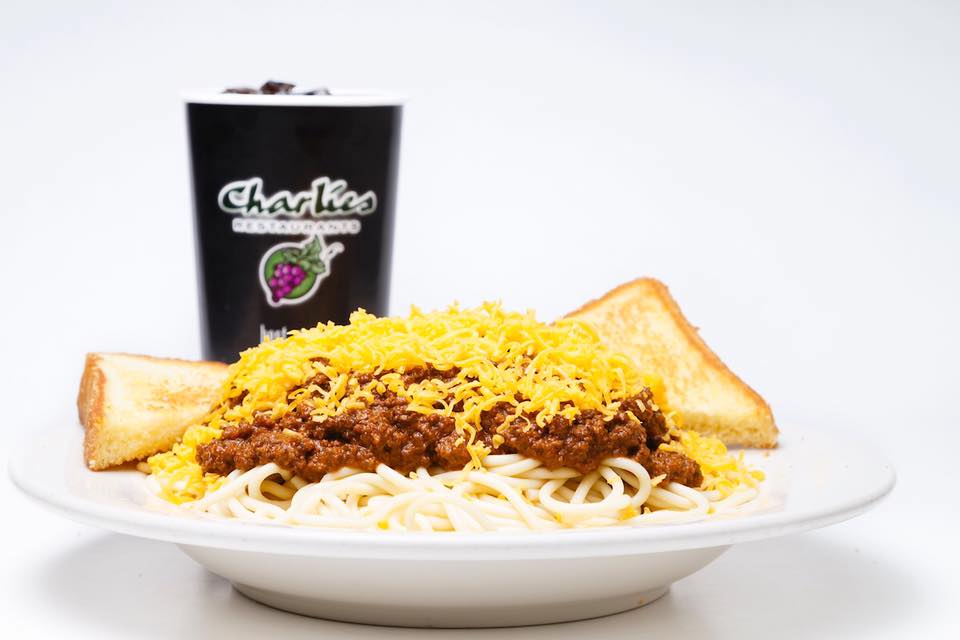 As the restaurant prepares to celebrate its 50th anniversary, George said that he’s working on plans, including a giveaway for 50 free gyros. What he looks forward to most though is sharing the event with those he considers to be family— both those who work at the restaurant and the customers who have kept it going.

As far as future plans for Charlie’s, George explained, “I think we’re going to stick with what we have and try to give the customers the special attention that they need.”