For Scott Hudson, it’s like Art Christmas. The owner of downtown Sylvania’s Hudson Gallery is getting ready for the Now Wow Project II, a juried exhibition featuring work from all over the nation, in fact, all over the world.

“It’s really exciting right now,” Hudson says, “because all the shipments from artists are coming in from all over. Fed Ex just got here with more pieces.” The boxes and packages piling up in Hudson’s space are tangible proof of the growing sense of anticipation for the show, which includes some 70 pieces selected by juror Jaye Bumbaugh, a retired professor of art at Bluffton College. “He’s an educator and an artist,” Hudson says. “He works in several different media, and we wanted someone who was comfortable with that.”

The Hudson Gallery is used to big shows. The Main Street space regularly hosts some of the area’s finest talent. And they’ve cast their net wider before. “Over the years we’ve done other national juried competition shows,” Hudson says. Now Wow came out of the desire to bring new work into the area, and to give local art lovers a sense of what’s out there. “We like the fact that it’s open,” he says. “There’s no theme. It’s really an eclectic show. It’s nice to have everything from glass to ceramic to painting, prints, sculpture — you name it.” And the name? “It’s about being here now,” Hudson says, “and being wowed by the artwork you’re going to see.”

The Hudson Gallery’s call for submissions drew work from nationwide, just as last year’s did. But Hudson is proud to have brought in work from overseas, as well. He’s enthusiastic about bringing in Nagi Iwasaki of Kobe, Japan, whose bright and whimsical watercolor “Kobe Flower Road” is a highlight of the show. “And he’s coming in for the reception!” enthuses Hudson. “He’s flying in from Japan.”

But at the same time, Now Wow has drawn a larger proportion of local artists this year, drawn by the first show’s positive reception. Hudson is eager to list names, but there are more than he can remember offhand — but the roster includes names like Debra Buchanan, Matt Paskiet and TCP’s own Jan Thomas. If you’re a follower of the local art scene, you’re bound to run into a few friends at the reception on Saturday, October 13 from 4 to 6pm. And you might just see something that will get a “wow” out of you. 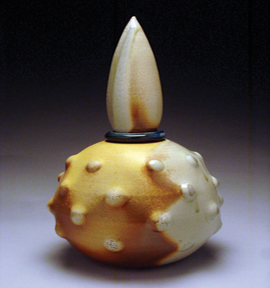