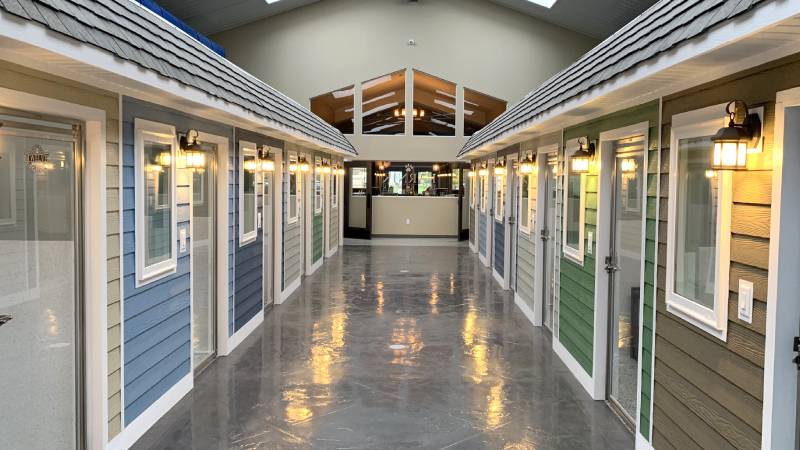 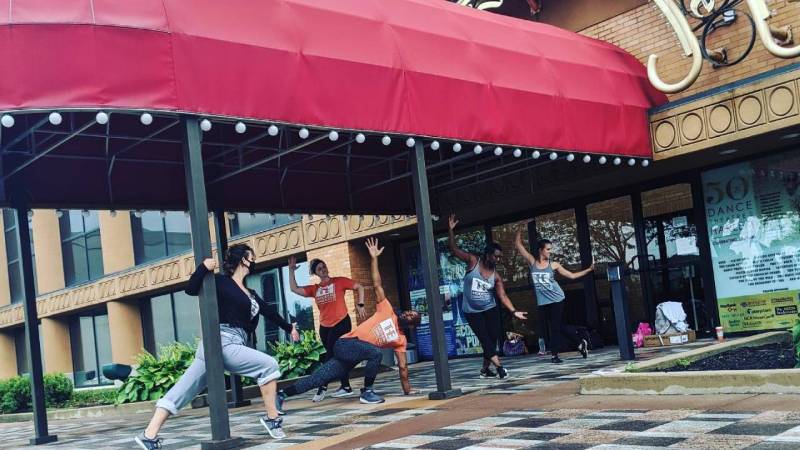 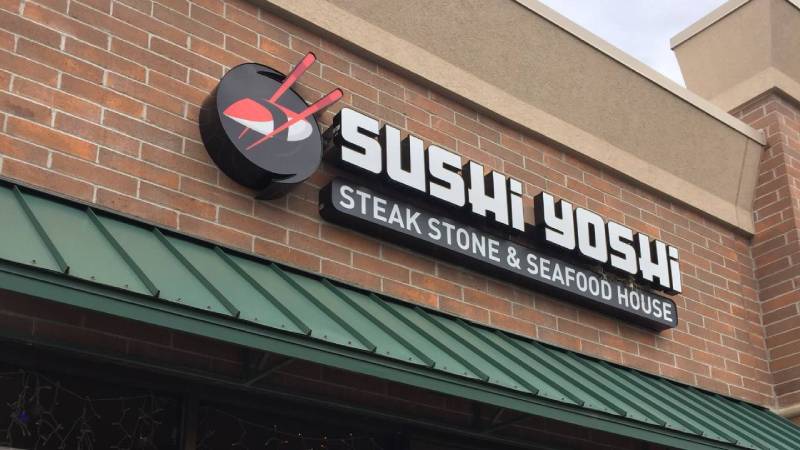 Five years ago, 35-year-old James Dickerson, aka dirtykics, was a short story writer looking for inspiration. Seeking curious characters, the Scott High School graduate picked up a camera and began walking local streets to capture details to use in his stories. It wasn’t long before he adjusted his focus.

“Everything I work on is a kind of escapism,” says Dickerson. “And photography came out of those character studies. I started paying attention to what was going on all around me.”

It doesn’t take very long to notice a theme in Dickerson’s street photography. Featuring portraits of strangers he meets on the streets, his photos are subdued, often in a hazy black and white, capturing a specific and consistent mood. His subjects are vulnerable and open, if only for a brief moment.

“I have a very raw way of doing things,” explains Dickerson. “I capture the person in whatever state they’re in, and hopefully the viewer will be able to understand the mood.”

It’s hard not to. His subjects are relatable— caught in fleeting moments of intimacy, showing hesitant smiles or lost in long stares, they are recognizably undecided, thoughtful, emotional and candid. To capture those moments, Dickerson approaches people he finds interesting.

“I enjoy talking to people. I’m incredibly shy most of the time, but it’s important to have a conversation to know what they’re going through. It helps to listen to get photography that is a bit more meaningful,” he says. “I don’t try to exploit anyone’s weaknesses. I am looking for characters. You can tell that some people are in a delicate situation. You see that often in Toledo. I’d never want anyone to feel like I’m putting them on display for pity.” 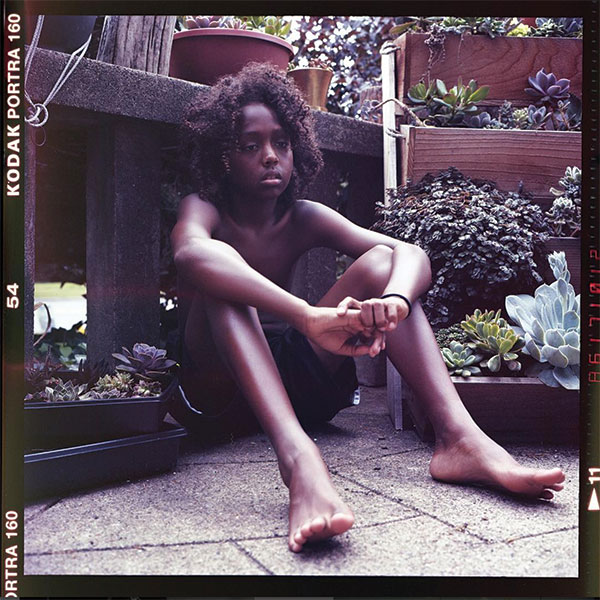 Even in color, Dickerson’s photographs maintain a similarly muted mood: “I’ve been putting a focus on my color photography, but I try to approach things a little differently than when I have black and white film in my camera. With color, I’m looking for certain things.”

While public’s access to capturing images has increased with smart phones and digital cameras, Dickerson’s interest is in analog photography.

“Technology spoils you. When I was shooting with a digital camera, I would just snap away,” reflects Dickerson. “Sometimes better to do things by hand and not have a whole stack of tools to choose from. I’m a patient person. I never felt that connected to digital photos because I was so quick with things. When I started using film full time, I was able to develop the patience I enjoy about life. I don’t do any photo manipulation. I like to keep things as raw as possible, and film lets me do that.”

Unlike digital, film is limited, which Dickerson embraces. His trusty Rolleiflex 2.8 E camera allows twelve exposures per roll— a restriction that forces him to be more intentional.

“It’s kind of cool being limited to twelve exposures. You’re not taking random shots, and it makes you a little more disciplined,” he says, adding that he practiced this intentional approach on a digital camera. “When I was shooting with the digital camera and I would approach people, I’d only allow myself to take one shot. I’d never look at the image when I was done. I’d just keep walking. If I missed it, I missed it.” 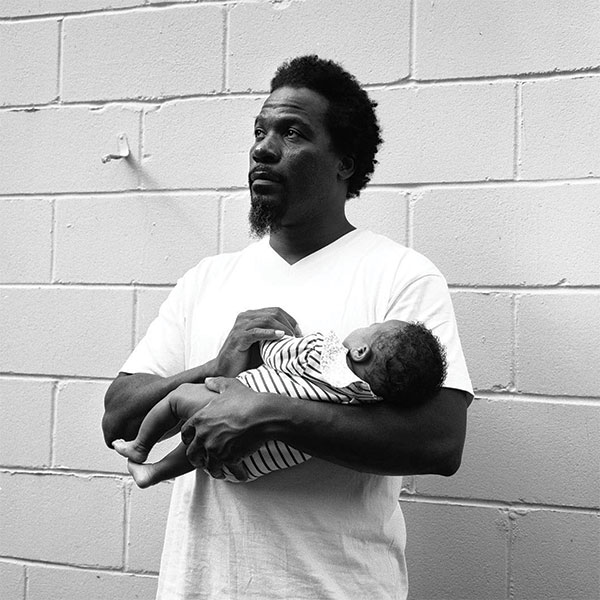 Dickerson limits visual distractions by shooting most of his work in black and white: “When I’m really trying to focus on something, black and white is perceived better. The viewer isn’t focusing on the color.” 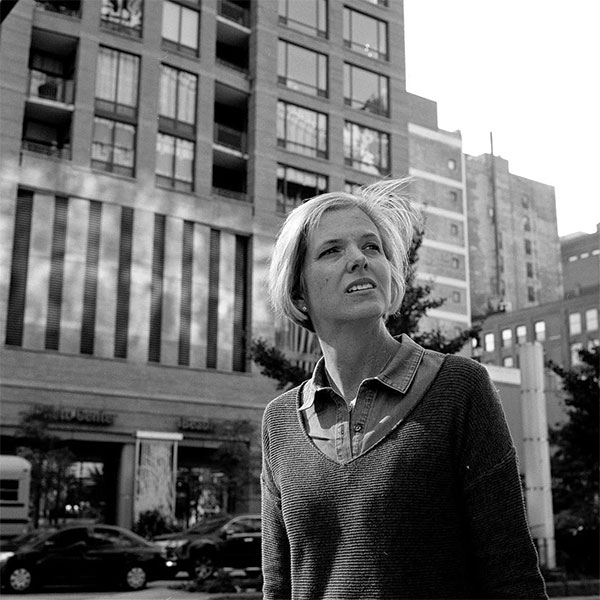 “She doesn’t know I took that photo— and those are always the best ones,” says Dickerson. “I was in Chicago and it was windy. I was at this corner and I saw this woman.. she kept looking back and forth. You could tell something was on her mind. She had her back turned, but something told me she was going to turn around again. The moment she did, the wind happened to blow and I took that shot. It captured her mood. She was really looking for someone and couldn’t find them.”

Learning his own lessons

Dickerson’s approach to his subjects isn’t the only skill he cultivated on his own. Despite the technical rules, time requirements and chemistry involved in developing film, the photographer is completely self-taught.

“I spent a lot of late nights teaching myself. For about two months straight, I was staying up until 2 or 3am after I finished taking photos,” he remembers. Fortunately, Dickerson has worked at the Toledo Lucas County Public Library for the past few years and used the resources readily available to educate himself about the craft. “When I want to learn something, I study it. I hovered around forums, looked at people’s work, read books, watched videos, trying to learn as much as I could,” he says.

Finally ready to develop film, he was apprehensive: “Fortunately, I came across a bag full of undeveloped film at an estate sale and practiced with that, but I completely destroyed a lot of my own rolls early on.”

Five years later, he has his techniques down. In May, 2017, Dickerson was the five recipients of The Arts Commission’s Accelerator Grant program and used his funding to explore the world of silver gelatin printmaking. While he hasn’t left behind his interest in writing short stories, he has strengthened his focus on photography and definitely doesn’t want to keep his knowledge a secret: “Any photographer who wants to learn about the process, give me a shout through Instagram @dirtykics. I’d like to help other people who want to get involved.”

To learn more about James Dickerson and see his work, visit dirtykics.com or instagram.com/dirtykics