The Ohio Arts Council recently released a list of 78 recipients of the Individual Excellence Award, and these four artists are based locally. Chosen by a panel of nationally recognized artists focused on the basis of exceptional merit of an artist’s past body of work, the winners each receive a $5,000 grant to support their endeavors, explore their art forms and advance their careers.

While the money supports artists by helping fund their projects, it also represents something much larger. At a time when the arts are engaged in a constant effort to illustrate the value of art in our society, the awards serve as a form of validation and a powerful affirmation, encouraging artists to continue their pursuits. 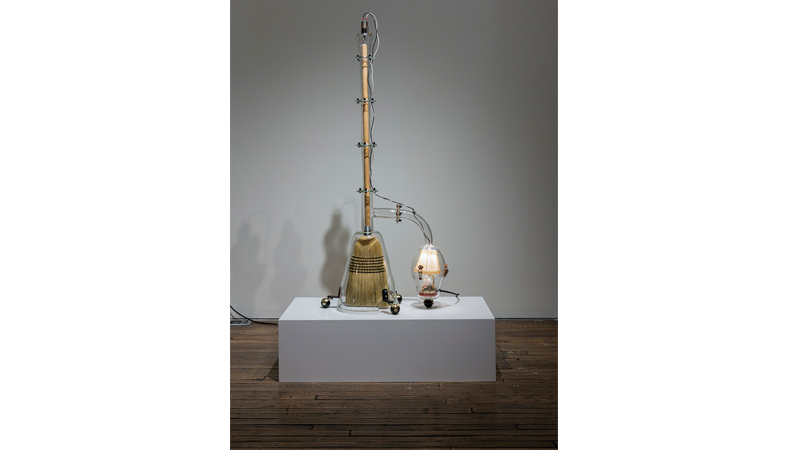 Weinberg’s grant money will be put towards continuing his work, helping him expand on different themes. Primarily, his work looks at the intersection of the handmade and found object through the creation of large scale blown glass and mixed media assemblages. Weinberg uses the form of various found objects as the starting point to create the blown glass cases around them.

What is the importance of art in today’s world? “Art is a necessary facet of society. It often goes under recognized, but it provides an alternative and critical view of the life that we live.”

Weinberg’s work can be found on his instagram handle zacweinberg. His work will also be featured in upcoming shows this May at Habitat Galleries in Royal Oak, Michigan and Ohio Craft Museum in Columbus. 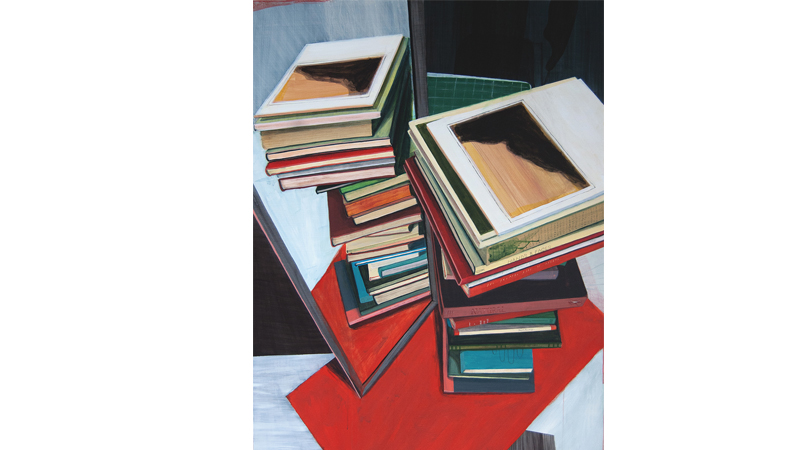 Buschur’s grant money will help fund her current project, a painting series of collections of stacks of books, interiors of drawers and surfaces loaded with stuff.

What is the importance of art in today’s world? Art is one of the best ways to move beyond the familiar and witness another individual’s position in the world. It can be a unifier, a catalyst and a spark for change. It can also be a balm and a healer.

Along with a few paintings at River House Arts, Jordan’s art can be found on her website at jordanbuschur.com. Her work will also be shown during a show in June at The Neon Heater in Findlay. 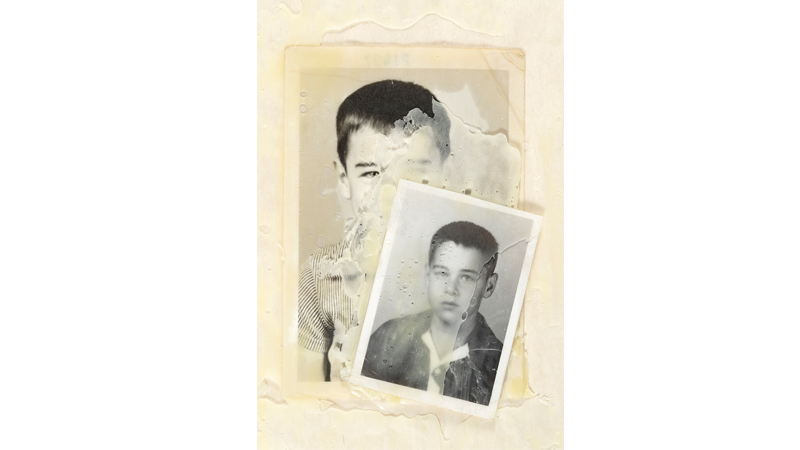 Orloff’s work can be found on her website deborahorloff.com and her instagram handle deborah.orloff. Her work will also be shown in upcoming solo exhibitions at WorkSpace Gallery in Lincoln, Nebraska in May and June as well as in Shircliff Gallery at Vincennes University in Indiana next February and March.

Orloff’s grant money will help support her long-term project Elusive Memory. Orloff spent the past five years photographing family photos damaged by water, heat, and humidity. She aims to make these banal photos monumental by emphasizing unique details through large-scale photographs. Orloff explains that Elusive Memory explores the significance of vernacular photographs as aesthetic objects and cultural artifacts while serving as a meditation on the ephemeral nature of memory.

What is the importance of art in today’s world? “I think art is more important than ever— especially in the current political climate. We need beauty and culture in our lives to thrive, both as individuals and as a society. Art has the ability to move us, to make us think, and to challenge us through exposure to new perspectives.” 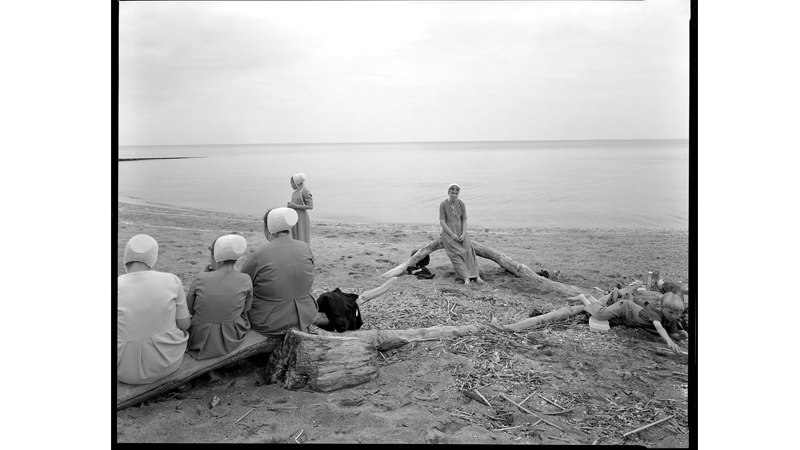 Whitney’s grant money will support an ongoing project regarding a connection between Lake Erie’s health and the current women’s movement which she hopes to someday present in a book format.

“Women and water have been and are seen as an endless resource to use, misuse or abuse,” Whitney said. “I wanted to place women and the feminine element of water together to speak about fragility, vulnerability and the seemingly endless capacity to ‘take it.’”

What is the importance of art in today’s world? “Art probes new ways of thinking about and perceiving the world. Art can be, and is, a mechanism for social and or political change. Art builds and supports the fragile commodity called community.”

While Whitney’s website is under construction, her work can be found in the Museum of Contemporary Photography at the Columbia College of Chicago as well as in Time article “Off the Radar: Mark Steinmetz on Nine Women Photographers of the Northeast.