“Adopt the pace of nature: her secret is patience.” – Ralph Waldo Emerson

Natural patience comes alive in the newly remodeled wing of the Toledo Museum of Art (TMA), housing the recently opened Sights and Sounds: Art, Nature and the Senses exhibit, open through February, 2019.

During an hour spent with TMA Director of Collections Halona Norton-Westbrook, she considered the ways we, as humans, are nature itself. We so often separate ourselves as something ‘other than,’ but our senses not only allow us to experience nature, they actually make us one with nature.

Removed from the natural world in a technological age, it becomes difficult to appreciate the beauty of daily ‘happenings.’ Sights and Sounds hosts new media—three anchoring video works, light installations, time-lapse photos and more—as well as a number of traditional media works from the permanent collection, creating a space to capture these daily happenings. The beautiful elements of nature, which artists traditionally embrace, cannot overlook the destructive force, as well. 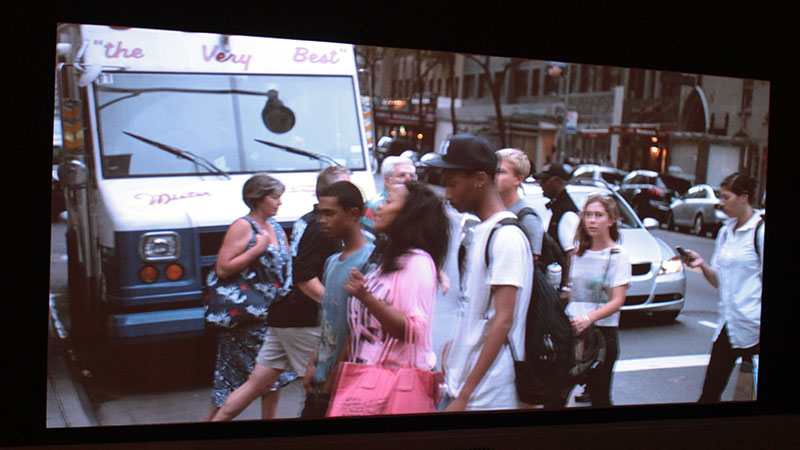 Street, James Nares, 2011. View this work in a walled-off space in the gallery, and experience the sense of sight and sound.

Walking through the exhibit the thought appeared: beavers build dams and structures out of wood to live in, to contain their environment and keep their young safe, and this is considered nature. And humans also build structures out of wood, a house, and we assume that, although necessary for our existence, it impedes nature and takes up space. Why?

Nature’s secret is patience, and this theme envelopes the exhibition on two levels.

One. The gallery space—beautiful, open, and supremely designed—is newly refurbished. An empty, roughed-out space since the original building’s construction in 1933, the gallery has been patiently awaiting completion. The gallery space has held the TMA’s light bulbs for the past 80 plus years. When the museum transitioned to LED lighting (thanks to human technological advances) the storage space was no longer needed.

Two. New media as an art form has been growing in acceptance for quite some time—significantly since the ‘90s. The museum has been acquiring a large collection of these works, but has not had an opportunity to share them with the public. For example, a recent acquisition—a segmented video time-lapse work by David Hockney titled Woldgate Woods (2010)—was purchased in 2017 by the museum and has remained unseen until now. Paired with a 1914 winterscape housed in the general collection, old has patiently waited for its chance to meet the new. 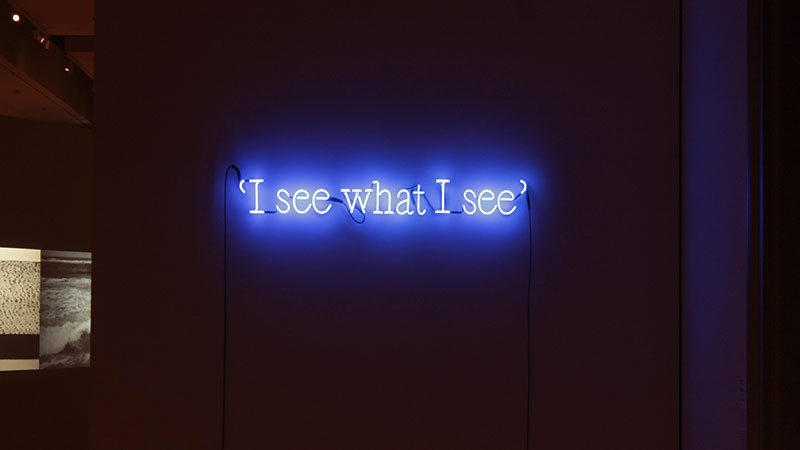 P.G. #9 (i see what i see), Joseph Kosuth (a Toledo native), 1991. TMA owns this work, and it welcomes gallery visitors as the first visible piece.

The remainder of the works, all delicately and purposefully placed, successfully address the relationship humans have with nature. A work by NYC artist Ali Taylor, owned by the TMA and typically held in the Wolfe Gallery, shows a post-apocalyptic scene by way of inlaid wood renderings, a Renaissance technique, the existence of humanity, evident without an actual human presence represented.

Many pieces are displayed before reaching the final work, James Nares’ 61 minute video, Street, capturing the hustle and bustle of an NYC streetscape, slowed to allow the viewer to take in information which would normally be missed. A soundtrack by the founder of Sonic Youth plays in the background, making the work magical and mesmerizing. Yes, we are nature. We are in our ‘natural’ habitat, and we miss what that means, on a daily basis. 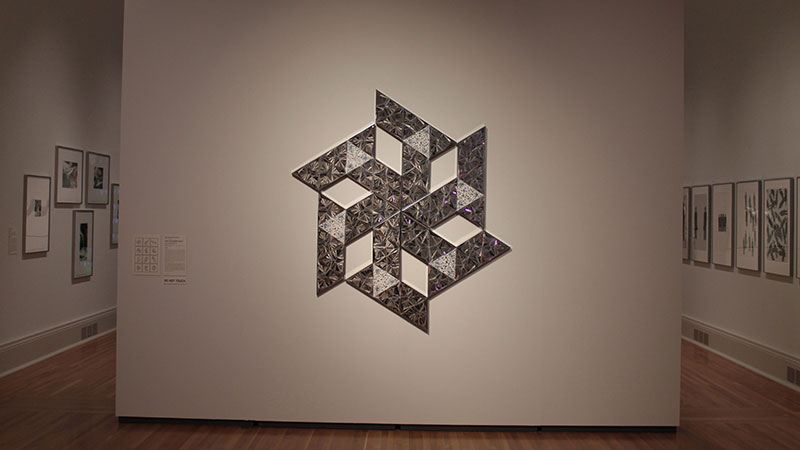