If Roberta Pei’s name sounds familiar, it should. The Toledo native is a niece of legendary architect I.M. Pei, and with her brother Gee she currently co-runs Middle Kingdom Designs in Beijing, China, selling handcrafted art. The two are back in the states, currently, and they’re eager to display some of their wares at the 25th Annual Country Garden Club Holiday Trunk Show beginning Monday, October 10. We caught up with her for a chat.

How did you end up in China, after growing up here?

I’ve been living in China since 1981; I went over there for Owens Corning. And my brother’s been there since ‘89. A few years ago, my uncle was designing a museum in Suzhou. In the museum he’d left space for a museum store, which was a new concept in China. He asked my brother and me to run it, since we were living in China at the time. Neither of us had any retail experience, but he said “well, if you like to shop, you should be able to run a store.” We ran the shop in the museum for three years, from 2006-2009, then for a number of reasons, mostly involving the Chinese bureaucracy, we ended up moving to Beijing. Some of my friends here have seen some of my products, and they approached me about this show. We’re looking forward to it!

What kind of work do you have to show us, here, at the Trunk Show?

This is a sampling of items from our store. Pieces we could fit in a suitcase. These are all handmade by craftsmen who have worked in the arts for many generations. For example, we have somebody who makes bronzeware in the antique tradition, very classical Chinese. We have pots that are carved out of a special stone from China. We have some jewelry from one artist who’s a friend of mine. She takes classical jade from way, way back in history and does beautiful work to make really nice necklaces. We have sandalwood fans that are hand-carved and really quite ornate. Because we [started as] a musuem store, we wanted to provide museum-goers with items that were almost museum-quality but without that high price. We’re into those one-of-a-kind crafts where maybe the art is dying but there are still artists around who can do these things.

What feels most different about being back in the States?
I have to be careful how I word it (laughter). Both places are so different culturally. My first reaction is to say the fresh air here, because the pollution is so terrible in China. There are some very warm people in China, but I guess it’s much more…sane here. Doing business here is so much easier. In China you have to know the ropes; it’s very complicated. It’s not a language issue, it’s just that they do things very differently. They require lots of forms to fill out, nobody trusts you. You have to deal with all the red tape. Here it’s just so much easier; it’s very business-friendly. 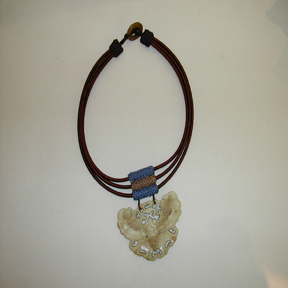