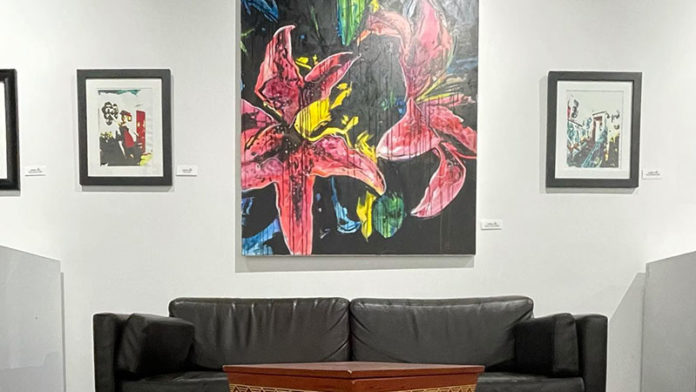 Artist Jerry Gray has opened a new gallery in downtown Toledo, at the Switchboard, 912 Monroe St. Just Jerry’s, the gallery, will feature exhibitions from up-and-coming local artists as well as some of Gray’s personal work.

Family beginnings
Gray had a large creative influence around him growing up. His mother was a framer, and her family owned an art supply store. His father made colored pencil drawings from books and magazines. His older brother painted in high school. “It seemed like the whole family did something creative which, from a child’s perspective,  gets distilled down to the youth, and, for me, it certainly did.” Gray said.

Gray studied at a vocational school for commercial and graphic arts, and later attended Fremont’s Terra State. He did a lot of photography during his time there, and outside of class found a love for painting. After he completed his schooling, he felt that digital art and office work were not for him. He wanted a more hands-on approach and stuck with his passion, creating paintings and visual art between day jobs.

Making connections
Gray has been creating art in Toledo for more than 15 years. “As Toledo goes, I believe I’ve been more influenced by the relationships and opportunities I’ve recognized, sought, found and nurtured. In general, I think Toledo has influenced more of my ability to facilitate and curate exhibitions and events than it has influenced my creation of work,” he said.

Gray has curated multiple exhibits in local spaces over the last few years. He opened Quest for Fire Studios with his friend and fellow artist, Kerry Krow, and had his work featured in the Feltman Building, the Collingwood Arts Center and the Secor Building. He also curated exhibits in the past for other local artists at Mickey’s Finn’s and Bozart’s.

A new way
His new gallery opens up a space for artists in the area to display their work– completely free from commission. The no-cost exhibitions ensure that the shows are approachable and the artists receive all of the proceeds from any sales. “The fact we’ve been able to put 100% of the sales into the artists pockets for future endeavors just feels good,” Gray explains.

The current exhibit at The Switchboard features artwork from Connor Degnan, a mural artist,  most recently a contributing painter on the Toledo River Wall mural, who will be opening his own gallery and studio in May. Gray praises Degnan’s work, saying “His abstractions and color schemes are visceral and vibrant. This should be a very fun and powerful environment in the space for the next couple of months.” The solo exhibition will be open through the end of May.

The Switchboard & Just Jerry’s is open Tuesday through Saturday at 5pm. For more information about the new gallery and upcoming exhibitions, visit The Switchboard website at switchboard419.com or Jerry Gray’s Facebook Page at facebook.com/Jerry.Gray.Artist. 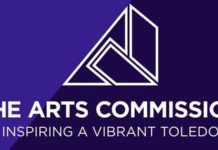 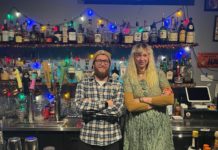