Leadership in the age of COVID-19: Who will take the reins in City Politics?

A controversial measure to authorize controlled bow hunting to cull the Ottawa Hills deer population passed  by voters on November 3. The head of the task force which spearheaded the initiative, Corey Hupp, says there is still much work to be done.

Hupp, an Ottawa Hills Village Councilman, said that the policy will be carefully  implemented.

"We're going to err on the side of caution," Hupp said, continuing, "we want this to work, and our first priority is safety. So, we're not going to rush into something.”

Hupp has been hands-on in tackling the issue over the last year, after consistent complaints about the number of deer and their impact on the Village.

The dangers extend beyond mere nuisance or property damage. Too many deer creates a food shortage and the potential for animals to be emaciated, leading to disease risks for humans, as well.

"[We decided] we should really look at what it is that the deer, or other wildlife, are doing to our ecosystem. We enlisted experts to tell us what it is we can [and can’t] do about it."

A committee spent three months formulating a long list of options— trapping, relocation, sterilization— were considered. Some solutions were rejected for being too expensive, impractical or legally prohibited.

Many Ottawa Hills residents of whom expressed misgivings with any plan that involved destroying the animals. Whether bow hunting should be implemented was left to the voters. A previous authorization in 2009 to cull the deer population— approved by the village council without a public vote— was reversed by a referendum in 2010.

At the time, there was resistance to the idea of the animals being destroyed by sharpshooters. Other communities face the same dilemma— officials in Ann Arbor, a city which also faces an overpopulation of deer, voted on November 3 to use professional hunters to cull their deer.

"It just left a bad feeling. People didn't want high powered rifles in the meadow or around their homes, period," Hupp said. "So this time we said, 'Let's control this. Let's control not only the deer but let's control the hunters.'"

Now that the hunting policy vote has passed, Mayor Kevin Gilmore has assigned the implementations to the Committee for Services and Environment in Ottawa Hills, who will coordinate with the Ohio Department of Natural Resources to develop the plan.

Among the solutions discussed:

The possibility of trapping and moving the deer to a new location had to be rejected as it is not allowed by the Ohio Department of Natural Resources.

Another proposal would have seen every doe in the area tranquilized and inoculated with birth control. The problem here was practicality and budget — every doe would have to be tagged, and the process repeated regularly after that for booster shots.

The proposed birth control was also prohibited by the Ohio Department of Natural Resources — in case one of the inoculated deer would leave the area and be killed by a hunter, the deer’s meat might be contaminated by the process. For the same reason, sterilization of the bucks was not feasible.

An effort was made to get information to Ottawa Hills residents on the best way to discourage the area’s deer from continuing to reside there — putting up proper fences, maintaining plants the deer don’t like to eat. But deer can prove persistent in an environment where there is less food.

According to a U.S. Forest Service study, the optimal deer density is anywhere between 15 to 28 per square mile. More than that and they become hazardous to themselves and their environment.

The Ottawa Hills task force looked at how other communities attempted to resolve the problem, including the Village of Granville, Ohio, where a bow-hunting program has been successful in reducing the population.

Granville passed similar legislation in 2007 to allow bow (and limited firearm) hunting of deer for four months each year. The program has been successful, removing over 700 deer from the area in seven years.

A representative from Granville attended a meeting of Ottawa Hills' task force, where she outlined their program. 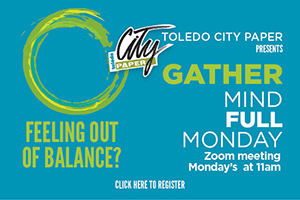 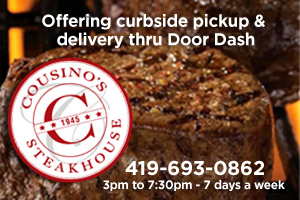 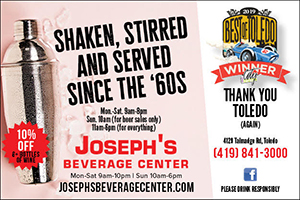 “We Are in This Together”

Leadership in the age of COVID-19: Who will take the reins in City Politics?