As children, we tend to have lofty dreams of what we’d like to be when we grow up: cowboy, artist, ambulance driver. These visions typically change as we get older, but for Maya Ramirez, her dream to be a fashion designer became a reality at the mere age of 14. 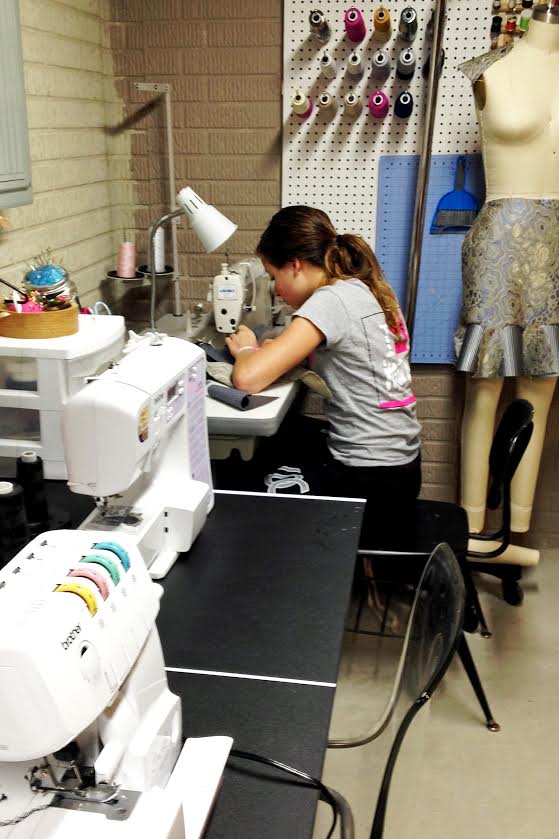 Maya completes one of her edgy, modern designs in her creative workspace at home. (Credit: Traci Ramirez)

When Maya Ramirez was in the third grade, her fashion aspirations were sparked by learning to sew via YouTube. Forging ahead, she enrolled in the costume/fashion design program at the Toledo School for the Arts (TSA). “From seventh grade until now has been the biggest growth period, because I’ve really honed in on my style and what I really like to make,” said Maya.

Her modern design aesthetic is expressed best in her juxtaposition of fabrics. “I really like chiffons, beaded fabrics, and very luxurious-looking fabrics like silks. I like leather, too,” Maya said, adding that she also draws inspiration from elements like architecture, art, and graffiti. 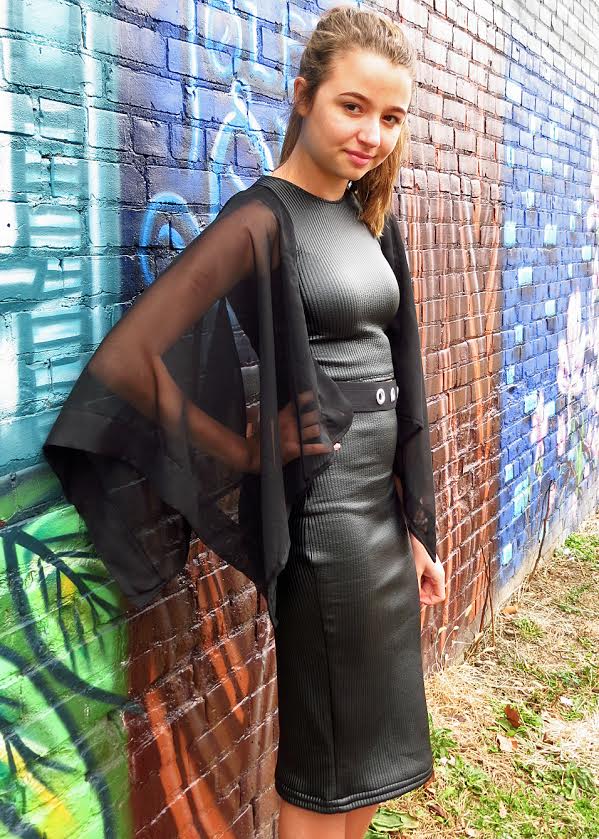 This year, Maya’s dreams were actualized when she became a contestant on Project Runway: Junior, currently airing in its debut season on Lifetime. When asked what it was like to work with such fashion greats, she explains, “It was kind of intimidating at first…but overall, it was one of the best experiences I’ve ever had. In the normal world, it’s really hard to get feedback from people who are way up there.”

She also found syncing with the other teen designers on the show to be rewarding, saying “I liked being around all these other kids who understand what I want to be, what I go through to make clothes… For me, that’s something I never really had.”

Maya’s keen level of awareness has undoubtedly helped her balance being a reality star and a regular teenager. While speaking with her, you forget that she’s a high school freshman who’s been blessed to work with the likes of Tim Gunn, Christian Siriano, and Kelly Osbourne.

Maya plans on attending fashion design school after graduating, along with the befitting dream of living and designing in New York City.

You can catch Maya on Project Runway: Junior, airing Thursdays at 9PM EST on Lifetime
Maya’s designs can be found on her Instagram page, maya_r_ramirez
Read her Style Sense feature here