Get ready to warm your heart with Toledo’s exciting new performing arts series Art in the Heart at the Collingwood Art Center. Kicking off this exciting extravaganza of unique performances on Friday, January 27 will be Russian Echoes, a one of a kind world music concert.

The event will feature Russian Duo, an eclectic and exciting musical collaboration which makes use of the distinctive Russian orchestral folk instrument, the balalaika. Journey with balalaika virtuoso Oleg Kruglyakov and chamber pianist Terry Boyarsky through traditional Russian music and beyond. Their unique sound shows off the versatility of the balalaika as well as its applicability to diverse styles and genres, from folk to classical.

Both members of Russian Duo are lifelong musical professionals.

“I’m from Siberia, Russia and I went through music school, music college, conservatory in Ekaterinburg City. That’s how I became a musician,” said Kruglyakov. “I was teaching musicology at the institute of culture.”

He has a distinct passion for finding a place for balalaika music in unique and unexpected places.

“I played piano and danced all my life and finally went to conservatory and mostly played chamber music,” said Boyarsky. “I grew up listening to a lot of world music and Jewish music,”

Boyarsky reminisced. “My father’s side is Russian so I have quite a kinship with this music,” remarked Boyarsky, “my whole life is music.” 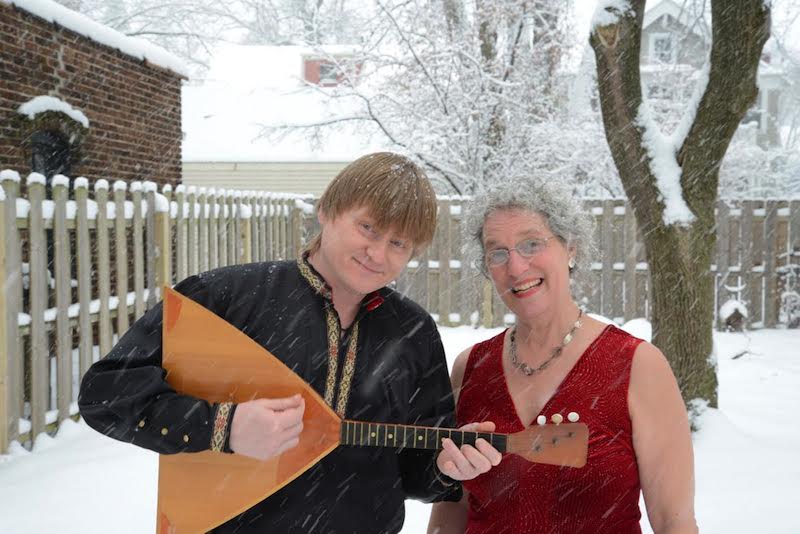 Based in Cleveland, the project started when Oleg found Terry through the Ohio Arts Council website. Their musical backgrounds instantly clicked and the creative collaboration began to flow.

Though they focus on a virtuosic variation on Russian folk music, some of the additional diverse genres represented in the performance include tango, bluegrass, ragtime, and movie music.

“We pick a repertoire that is appealing and beautiful no matter what genre. We only play music we love,” said Boyarsky

The limitations of the instrument give it a unique sound and charm. Kruglyakov explained, “[the balalaika is] truly primitive because it has three strings, twenty four frets and nothing else.”

However, the stripped-down instrument does not detract from its versatility.

”There is lots of music it can perform,” remarked Kruglyakov. He compares it to the mandolin, although, “to my ear, the tone quality is warmer,” Kruglyakov adds. “The playing technique is unique because balalaika players don’t use picks, they just use their fingers.”

Boyarsky added, “there are many different techniques that bring out tone qualities and textures that are quite varied, you wouldn’t think there are so many tone colors to this instrument.”

This event promises to be a fabulous night of whimsical, wondrous and technically impressive music. Russian Duo has traveled the world with their unique sound and now they’re bringing it to Toledo for the first time ever.