“I was lucky,” John Gibbs Rockwood said with a smile.

Yes, but it took more than luck for Rockwood to earn a reputation as one of the leading music photographers in northwest Ohio. It took countless hours, untold miles, and unbridled enthusiasm for him to be at the right place, at the right time, time after time.

“If you love something, you’ll find a way,” Rockwood said.

The book features 150 black-and-white photos that document rock and blues from the 1970s through the 2000s, a time when rock and roll was alternatingly innocent, exhilarating, decadent, naive, and dangerous. 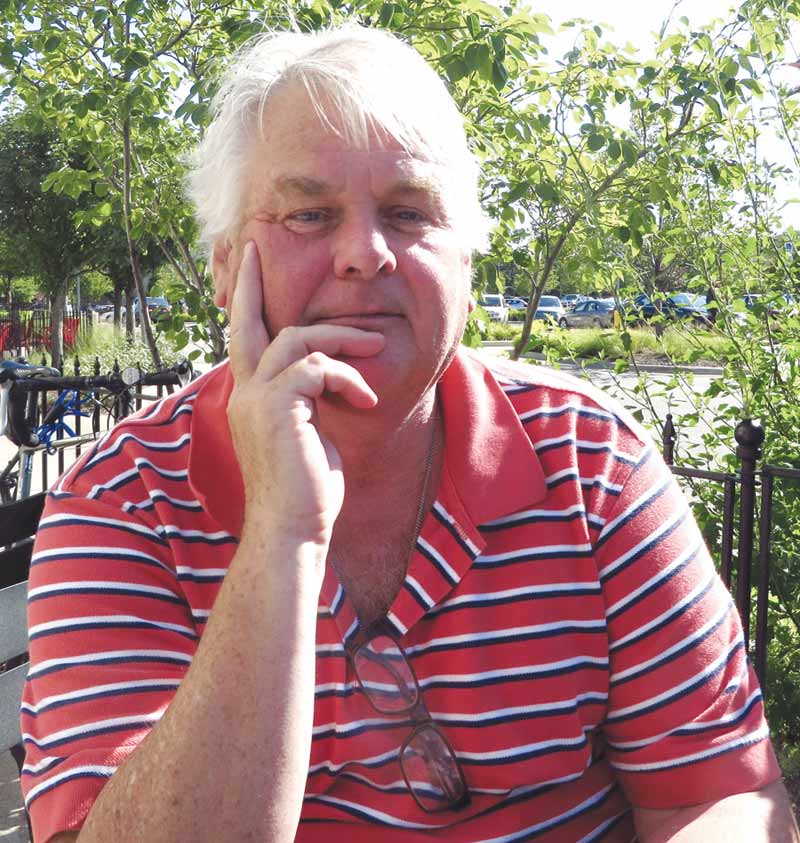 Rockwood spent five years getting the book ready, including sorting through the 28,000 photos he took at concerts and behind the scenes in Northwest Ohio, Southwest Michigan, and on musical pilgrimages to destinations including Chicago and the Mississippi Delta.

After his dad bought him a Nikon camera, he got to hang out with his musical heroes, especially  blues legends such  as Muddy Waters, Howlin’ Wolf, Buddy Guy, and Toledo’s Big Jack Reynolds and Art and Roman Griswold.

“It would be like a Yankees fan getting to sit in the dugout with Babe Ruth and Joe DiMaggio,” he said. “And I got to do it over and over again.”

Rockwood was hired as a freelancer by the former Exit magazine, which gave him backstage access. Taking concert photos was great fun, he said, but the real magic happened offstage.

His new book includes behind-the-scenes gems such as a pensive Frank Zappa listening to a reporter’s questions in 1974, Mick Ralphs of Bad Company checking his guitars beside a row of urinals, and Gene Simmons in full KISS makeup hamming it up in the dressing room, all at the former Toledo Sports Arena. Other special moments in the book include Elvis Presley’s 1977 Toledo show—shortly before he died; Tiny Tim sipping a beer outside the Ottawa Tavern; Richie Havens playing before 40,000 people at the 1975 Poe Ditch Festival in Bowling Green; Joan Baez at the Toledo Zoo Amphitheater in 1975, and Bob Dylan at Savage Hall in 1989.

Barbara Floyd, UT archivist, said she sees Can I Get a Witness as more than a compilation of great photos.  “Collectively they provide a remarkable record of Toledo’s cultural music scene over more than three decades. It’s a musical history of Northwest Ohio, and John was there for all of these events.”

Rockwood and his friend Bob Seeman started a record label, Blue Suit Records, in the 1980s with the goal of documenting the aging blues artists they loved before it was too late. The little indie label has released 20 albums, many featuring unique blues artists who are no longer around. And while Blue Suit is still viable, it  hasn’t released any new recordings in years. “Honestly, I wouldn’t know who to record,” Rockwood said with a shrug.

Rock and roll has spiraled out of control. Or maybe it’s just the opposite—there’s too much control. Backstage is guarded like Fort Knox. Photo passes come with big balls of red tape attached. Photographers elbow each other out of the way to get the same shot as everybody else.

The music business has changed forever, and it will never return to the free-spirited days that Rockwood captured through his lens.

John Gibbs Rockwood will sign copies of "Can I Get a Witness" noon-3pm on Saturday, August 30, at Barnes & Noble, 1430 Secor Rd., where it is available for $22.95. It is also on sale at Culture Clash Records and UT Press, utoledopress.com/CanIGetAWitnessProduct.html